WHEN Garda detectives carried out a series of raids across Dublin last week in connection with the violent war between two rival Irish groups they didn’t expect to find a senior figure from a Dutch-Moroccan organised crime group.

Last week police officers descended on properties linked to the gang led by Christy Kinahan, the Dublin criminal known as the “Dapper Don”, who is based on Spain’s Costa Del Sol.

The raids, co-ordinated and targeted across the city, were designed to cause disruption within the ranks of the Kinahan gang and mute the current war between the Kinahan group and a group headed by Gerry “The Monk” Hutch. The feud has so far claimed at least five lives.

On April 7 at a swanky apartment filled with designer clothes in Baggot Street Lower, Dublin, detectives carrying out a pre-planned raid hoped to find evidence of the Kinahan clan, who are believed to use the €2,900 a month apartment as a safe house. Instead they found a man with a false Dutch passport and false Belgian identity papers. They also found three watches worth more than €80,000. The Dutchman was wearing trainers worth €800.

After the suspect had been arrested and fingerprinted Garda officers sent off an urgent check to Interpol. Their Dutch colleagues confirmed that the man they had arrested was 35-year-old Naoufal Fassih believed to be a senior figure of an Organised Crime Group fighting a bloody war on the streets of Amsterdam over a cocaine theft. 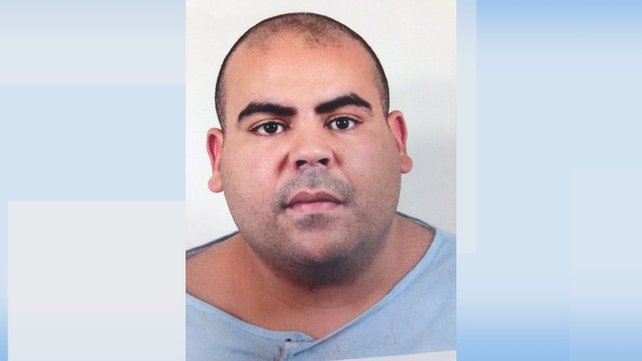 Fassih is understood to be a member of the criminal group led by Dutch crime boss Gwenette Martha, who was assassinated in Amsterdam in May 2014. The same group has been at war with another Dutch Moroccan group headed by Benaouf Adaoui over the theft of a batch of cocaine from Antwerp in 2012.

According to Dutch sources Fassih was also present when Dutch gangster Samir Bouyakhrichan was murdered in Marbella in August 2014. Another member of the same group Najib “Ziggy” Himmich disappeared in Madrid in November 2014. He is believed to have been abducted and murdered, though no body has yet been discovered. Himmich’s  girlfirend Luana Luz Xavier was shot dead in front of her children in Amsterdam in December 2014. Dutch police have linked all the deaths to the ongoing feud.

When Fassih appeared in court in Dublin this week, he was refused bail after the judge decided he was a “flight risk”. He has been charged with possession and use of a false passport and may face further charges of money-laundering unless he can provide evidence of his monetary income.

Judge Cormac Dunne deferred a decision on free legal aid after hearing the luxury apartment Fassih was arrested in contained three watches worth more than €80,000, as well as almost €13,000 in cash. Fassih was also wearing trainers worth at least €800.
Fassih is due to appear at Cloverhill District Court on April 22, when a decision will be taken about whether to move the case to the circuit court in Dublin. Fassih was represented in court by barrister Keith Spencer. Police said they had found two Rolex watches worth €8,350, and €35,000. A third watch found was a limited edition Audemars Piguet Royal Oak worth €40,000.

Meanwhile Dutch detectives, who have been investigating the brutal slaying and beheading of 23-year-old Nabil Amzieb in Amsterdam last month, are taking a keen interest in the proceedings in Dublin.