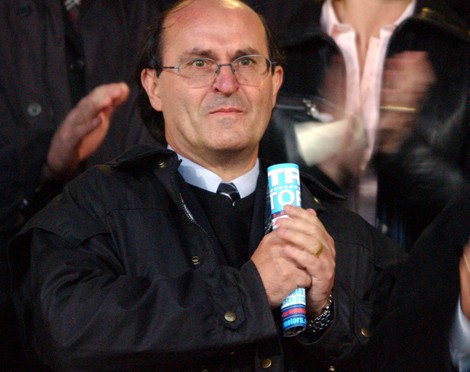 Almost four years ago I wrote about the criminal’s favourite lawyer, Giovanni Di Stefano ,being investigated over allegations that he stripped clients of more than £3 million.

Now it appears the law has finally caught up with him, although it remains to still be seen whether he can wriggle his way out of this one

He is a curious character to say the least. On the one hand he claimed to be a lawyer to some of the most despicable and violent criminals of our time and on the other he appeared to spend most of his time ringing up lazy journalists who preferred to believe his ridiculous claims for a page lead about a celebrity criminal rather than delve beneath the surface of the man dubbed the “devil’s advocate”.

Di Stefano is a serial fraudster and conman who has no legal qualifications to be in a position to defend some of the people he claims to. I have no sympathies for some of the criminals he has duped out of money but there are some cases of genuine people who have suffered financial destruction and miscarriages of justice as a result of being represented by him.

One case in point is Kevin Musgrove who lost £40,000 to Di Stefano after being told the Italian was the best man to get him free. Di Stefano did nothing but seal Kevin’s fate in the Court of Appeal and left him serving an eight and half year sentence for a crime I hope to show he did not commit back in 2000. That wrong will be righted one day and the Criminal Cases Review Commission will shortly be receiving the new evidence which I hope will overturn his case as well as highlighting the corruption involved.

In the meantime I look forward to Di Stefano occupying plenty more column inches as he rails at the “injustice” of his very justified arrest. And to those journalists who courted this obsequious man for the sake of a few red top stories…shame on you.