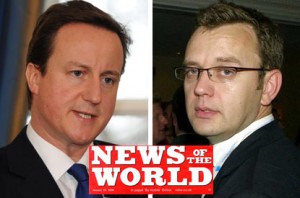 THE allegations due to be printed in this Sunday’s New York Times magazine  go the furthest so far in the tawdry tale of phone hacking at the News of the World. Testimonies from former executives and journalists who have worked at the newspaper confirm what every reporter who ever worked for a national tabloid newspaper from the late 1990s onwards has known. It is, I am afraid to say, just the tip of the iceberg.

To quote Sir Francis Bacon, knowledge is power. In the 21st Century that is truer than at any other time in the history of information-gathering because of the wealth of  private electronic data that is now accumulated on every individual through a variety of mediums from mobile phones and email to bank and medical records. I will make no apology here for the wish of every journalist to accumulate “golden nuggets” and “smoking gun”  information in a legal manner. It is the raison d’etre of every journalist to accumulate information, disseminate it and educate the public with knowledge while in the pursuit of worthy stories. What is wrong, and open to criminal allegations, is that the pursuit of that information was blinkered by the desire to provide the public with salacious bits of tittle tattle using illegal means without any recourse to the benchmark question; is it in the public interest? There are plenty of occasions where the “dark arts” have been used to to unearth genuine exclusives which have been in the public interest, but even then, and only then after the necessary checks and benchmarks have been applied. And so we come to Andy Coulson, David Cameron’s personal spin doctor and former News of the World editor. Honestly speaking, I do not have any personal knowledge that Andy Coulson knew what was going on or that he was the only executive directing these activities but I know and have worked with many former News of the World journalists whose words I trust. They say Coulson did know and that he has misled the parliamentary committee about his knowledge. I know from personal experience that phone hacking and “blagging” went on wholesale during his tenure, as one reporter put it “even the office cat knew it was going on”. And blagging information is something that still goes on to this day. These kinds of dark practices also went on every working day at a number of other newspapers including the Mail on Sunday, the Sunday Mirror. I recall being told about one Sunday newspaper attempts back in 2002 to access the medical records of a high profile celebrity, who had already been at the centre of  a cocaine and call girls scandal. On that occasion the Met Police also investigated and indeed there was evidence of collusion between newspaper executives and a rogue BT telephone engineer. The enquiry petered out into nothing, no newspaper executives were either arrested or charged, but the story had a ring of truth about it even then. In all but a minority of cases there was no public interest justification for the use of such practices, the journalists involved were merely embroiling themselves in “fishing expeditions” at the behest of their scoop hungry editors and woe betide you if you didn’t come up with that exclusive. But there can be no excuses. This type of activity, if unchecked, undermines the bedrock upon which journalistic ethics stands and it is a  story that is not going to go away. Be braced because there will almost certainly be more to come on this story.