THIS morning on an industrial estate near the NDSM shipyard in Amsterdam a 41-year-old businessman was shot dead as he prepared to interview a man for a job.

The victim, Reduan Bakkali, had committed only one “crime”. He happened to be the brother of 30-year-old Nabil Bakkali, who the Dutch justice system trumpeted a week ago as the first key witness to turn states evidence and help solve some of the murders in a wave of liquidations in the Netherlands and abroad known as the Mocro Maffia war.

At the heart of this wave of murders is the trade in cocaine and the money to be made from it, yet until now the restrained Dutch nation has yet to be galvanized into real action against the ultimate perpetrators of these crimes; those ordering the murders. A number of the killings have been cases of mistaken identity.

The planning of this latest atrocity was stunning in its brazen quality. Last week the Dutch judiciary announced Nabil Bakkali had entered witness protection and had already made a significant number of statements about the people behind the wave of killings which include those of Martin Kok, the crime blogger and others.

On Monday an Interpol alert was issued for the arrest of the leaders of the organised crime group which Nabil is to give evidence about. Ridouan Taghi, believed to be one of the leaders, remains a fugitive from the law, yet it appears was still able to orchestrate this flagrant snub to the rule of law from a hideaway somewhere abroad, probably South America. 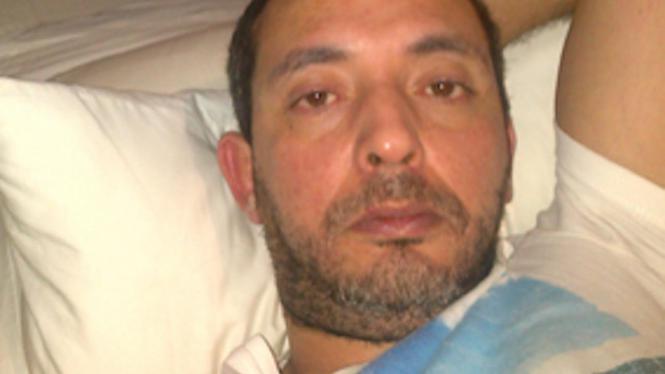 Ridouan Taghi, seen as one of the Mocro-Maffia leaders and now a wanted man

Today Nabil’s brother Reduan was shot in the head at close range by a man who had answered a job advert and was being interviewed by Reduan Bakkali. There is little doubt that the killing was carried out as a warning message to those who are thinking about becoming witnesses or who cross the leaders of organised crime groups.The message was simple: “If we can’t get you, we will target your relatives.”

This is the same criminal code which saw innocent Dutch teacher Gerard Meesters murdered in November 2002 after his sister had stolen a batch of drugs belonging to British crime lord Robert Dawes. In that case, the Dutch justice system has, so far, failed to bring the man who ordered that murder to justice.

Questions will now be asked in the Netherlands at the highest levels as to why Nabil’s brother himself was not protected even if, as it’s been reported, he had asked for minimal security measures.

As one prominent Dutch journalist told me today: “This is exactly the kind of incident you see in any Narco state. Amsterdam has become like the Miami of 1970s United States.”

The real question which needs to be answered is what solutions does the state have to tackle the cancerous growth of an organised crime disease which has gone far beyond affecting just those villains in its grip.