ETHSHAM “Shami” Ghafoor was a popular, outgoing man who made friends easily and was well respected within the cabbie fraternity.

What is also clear is that the young Asian taxi driver was troubled by something that he kept from his family, a secret which perhaps holds the key to why he was executed in a cold, clinical and brutal fashion in the early hours of a cold dark November morning in a lonely car park 19 years ago.

His work as a driver often took him on relatively arduous journeys, a long way from the taxi pitch outside Nottingham’s Victoria Shopping Centre. A round trip to Manchester, a job down in London, an airport pick up now and again. These were all journeys he took in his stride. Despite the long hours he worked, nothing seemed to get Shami down. 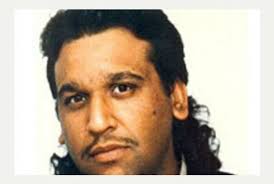 But as the autumnal evenings drew in towards the middle of November 1994 in his hometown of Nottingham, something was clearly playing on his mind. His family and his closest friends noticed his bright and breezy demeanor had been replaced by a troubled soul at times. Shami brushed off their concerns, he wasn’t the sort of man to burden others with his own problems.

Little is known about Shami’s movements on November 21 and 22 1994. He was spotted at a petrol station at the junction of Mapperley Plains and Wooodthorpe Drive, just after midnight. Then, at about 4.30 am, a milkman doing his early rounds on November 22 spotted Shami black and white Ford Sierra car in a desolate car park near playing fields off Lambley Lane.

As the milkman drew closer he could see that there was a man in the car, who at first seemed asleep. The full horror of his discovery became apparent as he got to the car, 26-year-old Shami had been shot dead. He had two gunshot wounds from what police were later able to ascertain was a semi-automatic handgun. The murder weapon has never been recovered.

Former Detective Superintendent Chris Barnfather of Nottinghamshire Police said during a re-investigation of the murder in 2004: “It bore all the hallmarks of an execution. Mr Ghafoor had been shot once to the side, to incapacitate him, and then between the eyes. I do not believe robbery was a motive.”

Shami had a somewhat unconventional domestic life. He was married with a child on the way, but he also had a lover with whom he had another child. While this may have been unorthodox, Shami was not leading a double life, on the domestic front at least. Both partners were aware of the other as were Shami’s family and it was not a source of conflict for either. Yet somehow, in the absence of hard evidence, it lead police down a path which resulted in Shami’s lover being wrongly suspected of hiring a hitman to murder Shami. The pursuit of this motive without any hard evidence led to the Crown Prosecution Service rightly dropping the charges against her in October 1995.

Since then there have been no arrests in connection with Shami’s death and as the years have passed the trail appeared to have gone cold. One of the keys to unlocking the mystery may well lie in those long journeys Shami undertook in his black and white Ford Sierra car outside Nottinghamshire, other significant clues may lie in Shami’s movements in the weeks leading up to the murder and the crucial missing three hours when Shami was last seen at the petrol station to the discovery of his body.

Now a fresh pairs of eyes from Nottinghamshire Police are being trained on the mystery of Ethsham “Shami” Ghafoor’s shocking death. In tandem with the cold case review of the murder, Shami’s family have launched a Facebook page on the 19th anniversary of Shami’s deathin the hope that they can jog the memories of people.

Detective Chief Inspector Tony Heydon, who is leading the cold case review, said: “Shami was part of a very close-knit family, and his death has left each and every one of them devastated over the years. We are working closely with the family and supporting their public appeal which is using social media.

“Since 1994, the ways people provide information or communicate has changed significantly, and it may be that there are people out there who know who is responsible for Shami’s murder but have never come forward before. Now is the time to put Shami’s family first and help them find closure. Their Facebook group shows just how desperate for justice they are, and if you know anything you could help them.”

The Facebook page focusing of Shami’s murder and the impact his death has had on his family can be found at http://www.facebook.com/justiceforEthshamShamiGhafoor.

Shami’s family are appealing for people to visit their Facebook page and for anyone with any information to contact the incident room on 0115 844 6912 or ring Crimestoppers, in confidence, on 0800 555 111.